$475 USA only. Limit 7. Same benefits as Regular Sponsorship plus one of the  signed copies of  The Solemn League & Covenant broadside (2008). Sheet size is approximately 16.75 x 21.75 with the deckle edging. Limited. 15 numbered examples signed by the publisher and the print maker remain. The majority of the print run is unsigned and we are offering the signed examples as a plus reward this year. Ships upon completion of payment if choosing installments or immediately if paying in full. 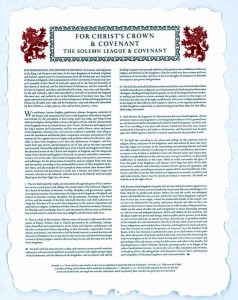 The Solemn League & Covenant (2009). Large broadside (16.75″ x 21.75″). Printed on letter press in hand set type for Westminster Letter Press by Golgonooza Letter Foundry & Press on Twinrocker handmade paper. Issued in an edition of no more than one hundred and twenty-five, including twenty-five numbered signed copies (signed by the publisher, typesetter and printer)–Not including author’s copies of 1 signed unnumbered, and 8 unsigned reserved to replace damaged sheets. Unsigned, regular retain, $135. 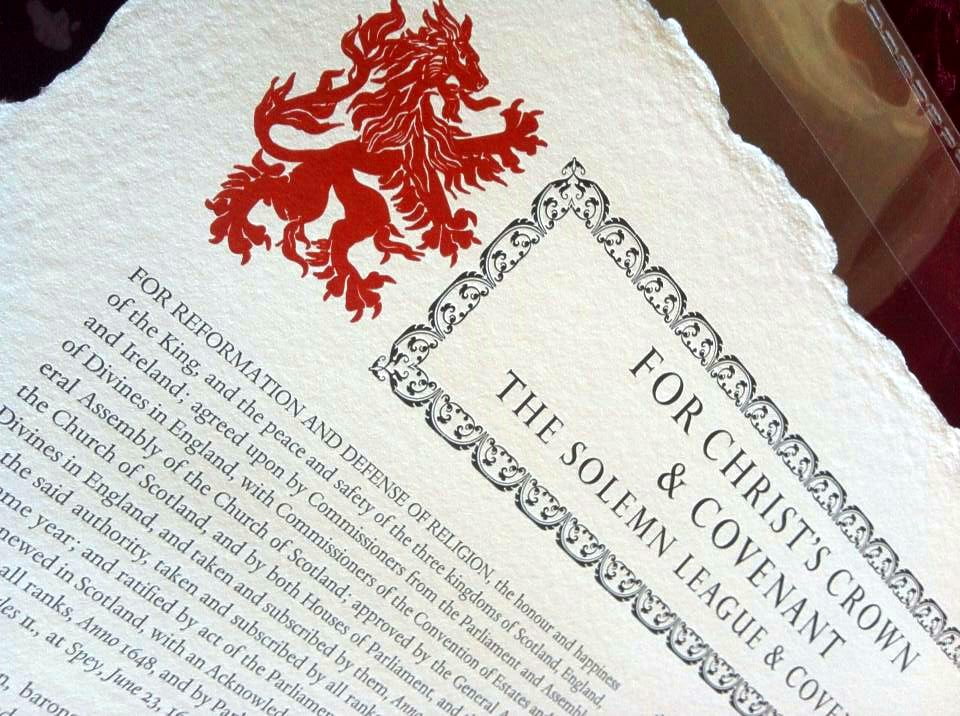 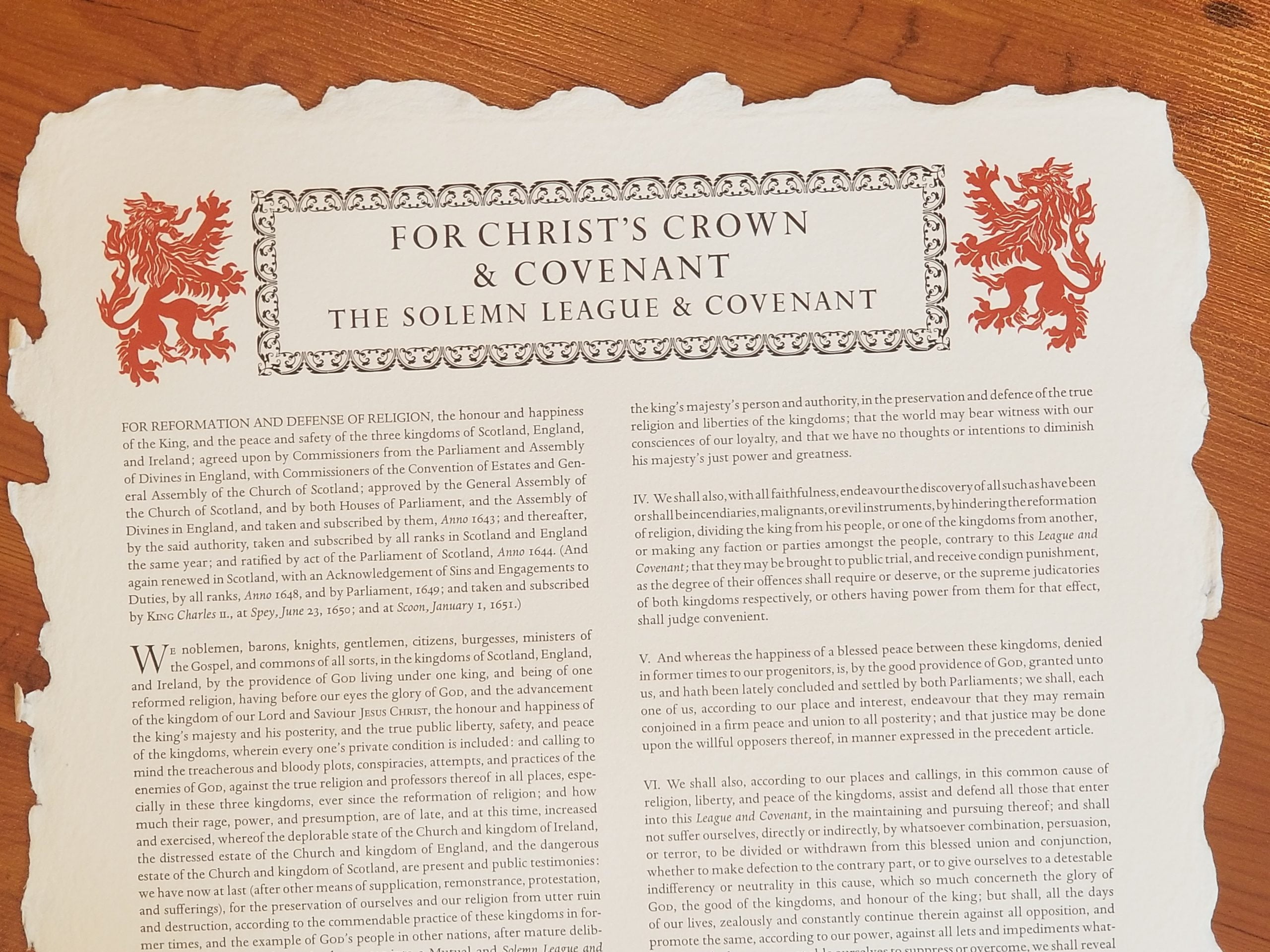