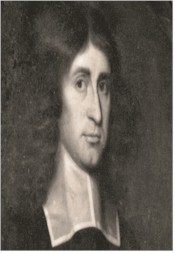 The following are chapters and sections taken from George Gillespie, A Dispute Against the English Popish Ceremonies Obtruded on the Church of Scotland, ed. Christopher Coldwell (Dallas TX: Naphtali Press, 1993). All page references to EPC will be to that edition. One can find these sections in older editions by following the part, chapter, and section designations (e.g. 1.1.1).

That Festival Days Take Away Our Liberty, Which God Has Given Us, Proved; And First Out Of The Law.

That which has been said against all the controverted ceremonies in general, I will now instance of festival days in particular and prove, both out of the law and gospel, that they take away our liberty which God has given us, and which no human power can take from us. Out of the law we frame this argument: If the law of God permits us to work all the six days of the week, the law of man cannot inhibit us. But the law of God does permit us to work all the six days of the week; therefore our opposites deny not the assumption, which is plain from the fourth commandment, “Six days shalt thou labor,” etc. But they would have somewhat to say against the proposition, which we will hear. Hooker tells us, that those things that the law of God leaves arbitrary and at liberty are subject to the positive ordinances of men. (( Eccl. Polity, lib. 5, n. 71. )) This, I must say, is strange divinity; for if this were true, then might the laws of men prohibit marriage, because it is left arbitrary (1 Cor. 7:36). Then might they also have discharged the apostle Paul to take wages, because herein he was at liberty (1 Cor. 9:11-13).

Tilen lends the cause another lift and answers that no sober man will say, that distinguished men have God’s permission to encroach upon his own right where indifferent matters are concerned, for would the laws of distinguished men possibly have been ungodly on account of the lordship granted to men over the birds of the sky, the fish of the sea and the beasts of the field, by which they conceded to some, prohibited to others, bird catching, fishing, and the freedom to hunt? (( Paran. ad Sco. , cap. 16, p. 64. Permissionem Dei, principibus suum circa res medias jus imminuere, num enim ob permissum hominibus dominium in volucres cæli, in pisces maris, et bestias agrii, impiæ fuerint leges principum, quibus aucupii, piscationes, et venationis libertatem, subditis aliis indulgent, aliis adimunt. )) ANSWER. That case and this are very different. For every particular man has not dominion and power over all fowls, fishes, and beasts (else, beside that princes should have no privilege of inhibiting the use of those things, there should be no propriety of heritage and possession among subjects); but power over all these is given to mankind. Paræus observes, that man is to be understood collectively, in that place, Gen. 1:26; (( Comm. in Illum Locum. Hominem collective intelligi. )) and Junius observes, the name Adam must be understood as pertaining to the species. (( Præl. in Eundem Locum. Nomen Adam de specie esse intelligendum. )) But each particular man, and not mankind alone, is permitted to labor six days. Wherefore it is plain that man’s liberty is not abridged in the other case as in this, because mankind has dominion over these creatures, when some men only do exercise the same, as well as if all men did exercise it.

Bishop Lindsey’s answer is no better, viz., that this liberty which God has given unto men for labor is not absolute, but subject unto order. ((Pro. in Perth Assem., part 3, p. 13. )) For, 1. What tyranny is there so great, spoiling men wholly of their liberty, but this pretense agrees to it? For, by order, he understands the constitutions of our governors, as is clear from his preceding words, so that this may be alleged for a just excuse of any tyranny of governors (that men must be subject unto order), no less than for taking away from us the liberty of laboring six days. 2. This answer is nothing else but a begging of that which is in question, for the present question is whether or not the constitutions of our governors may inhibit us to labor all the six days of the week, and yet he says no more but that this liberty of labor must be subject to order, i.e., to the constitutions of governors. 3. Albeit we should most humbly subject ourselves to our governors, yet we may not submit our liberty to them, which God has graciously given us, because we are forbidden to be the servants of men (1 Cor. 7:23), or to be entangled with the yoke of bondage (Gal. 5:1).

Yet we must hear what the Bishop can say against our proposition: If under the law (he says) God did not spoil his people of liberty, when he appointed them to rest two days at Pasche, one at Whitsunday, etc., how can the king’s majesty and the church be esteemed to spoil us of our liberty, that command a cessation from labor on three days? etc. (( Ubi supra. )) ;O horrible blasphemy! O double deceitfulness! Blasphemy, because so much power is ascribed to the king and the church over us, as God had over his people of old. God did justly command his people under the law, to rest from labor on other days beside the Sabbath, without wronging them; therefore the king and the church may as justly, and with doing as little wrong, command us to rest likewise, because God, by a ceremonial law, did hinder his people from the use of so much liberty, as the moral law did give them; therefore the king and the church may do so also. Deceitfulness, in that he says God did not spoil his people of liberty, etc. We know that, by appointing them to rest on those days, God did not take away liberty from his people, simply and absolutely, because they had no more liberty than he did allow to them by his laws, which he gave by the hand of Moses, yet he did take away that liberty which one part of his laws did permit to them, viz., the fourth commandment of the moral law, which permitted them to labor six days. The Bishop knew that this question in hand has not to do with liberty, in the general notion of it, but with liberty which the moral law does permit. We say, then, that God took away from his people Israel some of the liberty which his moral law permitted to them, because he was the Lawgiver and Lord of the Law; and that the king and the church cannot do the like with us, because they are no more lords over God’s law, than the people who are set under them.

The Bishop has yet a third dart to throw at us: If the church (he says) (( Ib. p. 26, 27. )) has power, upon occasional motives, to appoint occasional fasts or festivities, may not she, for constant and eternal blessings, which do infinitely excel all occasional benefits, appoint ordinary times of commemoration or thanksgiving? ANSWER. There are two reasons for which the church may and should appoint fasts or festivities upon occasional motives, and neither of them agrees with ordinary festivities. 1. Extraordinary fasts, either for obtaining some great blessing, or averting some great judgment, are necessary means to be used in such cases; likewise, extraordinary festivities are necessary testifications [testimonies] of our thankfulness for the benefits which we have impetrate [procured] by our extraordinary fasts; but ordinary festivities, for constant and eternal blessings, have no necessary use. The celebration of set anniversary days is no necessary mean for conserving the commemoration of the benefits of redemption, because we have occasion, not only every Sabbath day, but every other day, to call to mind these benefits, either in hearing, or reading, or meditating upon God’s word. I esteem and judge that the days consecrated to Christ must be lifted, says Danæus: Christ is born, is circumcised, dies, rises again for us every day in the preaching of the Gospel. (( Apud. Bald., de Cas. Consc., lib. 2, cap. 12, cas. 1. Dies Christo dicatos tollendos existimo judicoque, says Danæus: quotidie nobis in evangelii prædicatione nascitur, circumciditur, moritur, resurgit Christus. ))

And as for particularities, all the particular causes, occasions, and times of fasting could not be determined in Scripture, because they are infinite, as Camero says. (( Præl., tom. 1, de Potest. Eccl., contr. 2. )) But all the particular causes of set festivities, and the number of the same, might have been easily determined in Scripture, since they are not, nor may not be infinite; for the Bishop himself acknowledges that to appoint a festival day for every week cannot stand with charity, the inseparable companion of piety. (( Ubi supra, p. 16. )) And albeit so many were allowable, yet who sees not how easily the Scripture might have comprehended them, because they are set, constant, and anniversary times, observed for permanent and continuing causes, and not moveable or mutable, as fasts which are appointed for occurring causes, and therefore may be infinite.

I conclude that, since God’s word has given us a general command for occasional fasts, and likewise particularly determined sundry things about the causes, occasions, nature, and manner of fastings, we may well say with Cartwright, (( Ag. the Rhem. annot. on Gal. 4:10. )) that days of fasting are appointed at such times, and upon such occasions, as the Scripture does set forth; wherein because the church commands nothing, but that which God commands, the religious observation of them falls unto the obedience of the fourth commandment, as well as of the seventh day itself.

2. Cessation from labor, for prayers or preaching on those appointed days of the week, at some occasions may be omitted; but the rest and commemoration appointed by the church, to be precisely observed upon the anniversary festival days, must not be omitted, in the Bishop’s judgment. (( Ubi supra, p. 25. ))

3. Men are straitly commanded and compelled to rest from labor upon holidays; but to leave work to come to the ordinary weekly meetings, they are only exhorted. And here I mark how the Bishop contradicts himself; for in one place where his antagonist maintains truly, that the craftsman cannot be lawfully commanded nor compelled to leave his work and to go to public divine service, except on the day that the Lord has sanctified, he replies, If he may be lawfully commanded to cease from his labor during the time of divine service, he may be as lawfully compelled to obey the command. (( Ibid., p. 17 )) Who can give these words any sense, or see anything in them said against his antagonist’s position, except he be taken to say, that the craftsman may be both commanded and compelled to leave his work and go to divine service on the week-days appointed for the same? Nay, he labors to prove thus much out of the ninth head of the First Book of Discipline, which says, In great towns we think expedient, that every day there be either sermon or common prayers, etc., where there is nothing of compulsion, or a forcing command, only there is an exhortation. But ere the Bishop has said much, he forgets himself, and tells us, (( Ibid., p. 27 )) that it were against equity and charity to astrict [bind] the husbandman to leave his plough so oft as the days of weekly preaching do return, but that, on the festival days, reason would that, if he did not leave his plough willingly, by authority he should be forced. Which place confirms this difference which we give between rest on the holidays and rest at the times of weekly meeting.